Advanced Surface Ablation is a relatively new laser vision procedure that has addditional safety features over conventional LASIK making it an ideal aternative for some patients. Instead of cutting a flap on the front of the cornea the corneal surface is treated with the laser and covered with a bandage contact lens.

LASIK
The margin of safety with ASA may be greater than that with conventional LASIK as the need for a microkeratome is eliminated, so there's no risk of flap complications. You do not need to worry about rubbing your eye or bumping it after surgery and having the LASIK flap slip or wrinkle, because there is no flap. The nerve endings that control tear secretion are not cut, so ther is less of a problem with dry eye after surgery.ASA removes tissue within the cornea to treat low to high levels of nearsightedness, farsightedness and astigmatism.

ASA
To treat nearsightedness, the steep cornea is made flatter by removing tissue from the center of the cornea. This moves the point of focus from in front of the retina to directly on the retina.

To treat farsightedness, the flat cornea is made steeper by removing tissue outside of the central optical zone of the cornea. This moves the point of focus from behind the retina to directly on the retina.

What to expect on surgery day:
You will arrive at the laser center about an hour prior to your procedure. Once you have been checked-in and settled comfortably, you will be prepared for surgery. The area around your eyes will be cleaned and a sterile drape will be applied. You may be given a sedative to help you relax. Eye drops will be used to numb your eyes; no injections or needles are used. When your eye is completely numb, an eyelid holder will be placed between your eyelids to keep you from blinking.

You will arrive about an
hour prior to your procedure
Next, a specially designed instrument will be placed on your eye around the area that will have the laser applied. 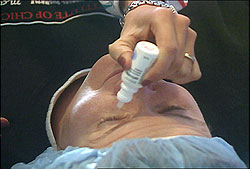 You will be asked to look directly at a target light while the laser reshapes your cornea. The laser will be programmed with the information gathered in your pre-operative exam. The laser treatment will be completed in less than a minute or two, depending on the amount of correction needed. A temporary bandage contact lens will be used to reduce post-operative discomfort. 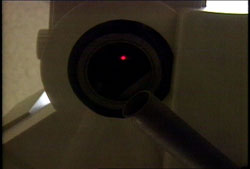 You will be asked to look directly at a target
light while the laser reshapes your cornea
Following your procedure, your eye(s) may be shielded for protection. Your vision will probably be a little blurry at first, so someone will need to drive you home. You should relax for the rest of the day. You may experience mild to moderate discomfort for two or three days. You will be given instructions on how to manage this discomfort before you leave. Most patients resume normal activities within two to three days. Vision can fluctuate for up to six months. 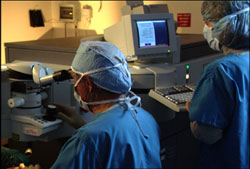 The laser treatment will be completed
in less than a minute or two
Realistic expectations:
The decision to have ASA is an important one that only you can make. The goal of any refractive surgical procedure is to reduce your dependence on corrective lenses. However, we cannot guarantee you will have the results you desire. The vast majority of our patients are extremely happy with their vision after ASA and can do most activities without dependence on corrective lenses.Serious complications with ASA are extremely rare. ASA is a safe, effective and permanent procedure, but like any surgical procedure, it does have some risks. Many of the risks and complications associated with this procedure can be reduced or eliminated through careful patient selection and thorough pre-operative testing using the latest diagnostic technology. 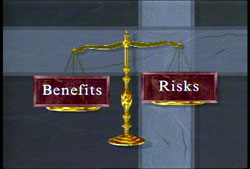 ASA is a safe, effective and permanent
procedure, but like any surgical
procedure, it does have some risks
After ASA, you may experience some visual side effects. These visual side effects are usually mild and most often diminish over a few days to a few weeks. But there is a slight chance that some of these side effects won't go away completely, such as feelings of dryness, glare and halos. After a thorough eye exam, you and your doctor will determine if ASA is an option for you. If you are a good candidate, you will be given additional information about the procedure that will allow you to make an informed decision about whether to proceed. Be sure you have all your questions answered to your satisfaction. 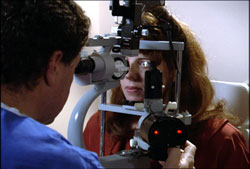